The deal reached between attorney Christopher Todd Adams and District Attorney Danny Porter drops the 35 felony counts in exchange for a fine of $10,625 and at least a six-month bar license suspension. The Georgia Supreme Court must approve the bar license suspension requested by Adams. Click here to view the full article and Douglas’ comments.

Excerpt from the Daily Report article:

“In settlements that involve suspensions through voluntary discipline, both the state bar and prosecutors know that the consequences are severe, even if they fall short of disbarment,” said legal malpractice lawyer Douglas Chandler.

“It’s a case-by-case basis. … A suspension for a lawyer can be the death knell in a practice,” said Chandler, who is an acquaintance of Adams. 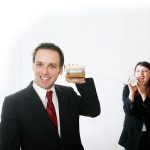