Is it malpractice when your lawyer won’t call you back? 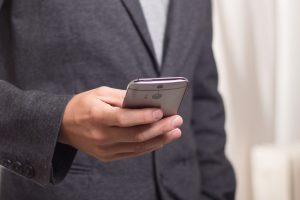 Is your lawyer always putting you into voicemail? Or forwarding you to his paralegal?

Most people never have more than one personal injury case. So, they don’t really know what is acceptable behavior for a law firm. Or, what a lawyer is supposed to do for them in the representation. This can lead to lots of problems not being addressed until it’s too late and a malpractice claim arises.

Failure to communicate could be malpractice

Sometimes, paralegals make mistakes. They could be new, or inexperienced, or maybe just had a bad day. It happens to lawyers, too, of course. But if a paralegal makes a mistake and isn’t aware of it, the lawyer might not know of their obligation to tell their client.  This is a big problem. Why? Because by the time the lawyer is aware of it, they may not be able to recover the damage and save the case. Their failure to communicate could lead to malpractice.

It is tempting for lawyers to use paralegals to handle matters of all types, and primarily work as a reviewer. Under the Georgia Rules of Professional Conduct, a lawyer has supervisory responsibility over all employees in their firm, including paralegals. When an office has lots of paralegals, it’s often impossible for the lawyer to keep up. The lawyer is tempted to give the paralegals autonomy with running, and resolving, the cases. And they’re usually not aware of the professional obligations of the lawyer to the clients. (Ask any paralegal the last time they read the Georgia Rules of Professional Conduct, if you’d like to see proof.)

The paralegal-driven practice can also be quite profitable. That’s why it’s so tempting. Lawyers who fall into the trap may even “write-off” client complaints and bar grievances as a cost of business. That’s fine, but that’s not much comfort for you and your case.

How to protect yourself—and your case

For any legal matter, you should meet with, and know, your lawyer. If you’ve never met your lawyer face-to-face, ask for a meeting. If they won’t make time for you, get another lawyer. The last thing that you want is to have to deal with a malpractice case.

But if your case has been damaged by a paralegal, or your lawyer won’t call you back, give us a call to discuss. We’re here to help.