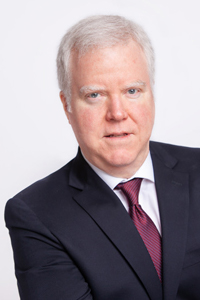 Mr. Waddington has been practicing law for over twenty years, advising businesses, governments, and individuals on a wide spectrum of transactional, regulatory and litigation matters. In addition to many years in private practice working for multinational law firms, Mr. Waddington represented the Maryland Department of the Environment as an Assistant Attorney General, where he was responsible for prosecuting high profile environmental enforcement cases. Mr. Waddington is admitted to the State Bars of Georgia, Washington, D.C., and Maryland (inactive).

Pro bono representation of underserved individuals has played an outsized role in Mr. Waddington’s career. He has secured life-changing results for a number of individuals, including victims of government torture and disabled veterans.