Close the deal today and don’t leave decisions on the table—especially when dealing with less experienced opposing counsel or pro se litigants.

When I was in law school, my mediation clinic professor and nationally known mediator, Rodney A. Max, Esq., drilled into his students the need to complete all material terms and special language before leaving the mediation. Perhaps I didn’t listen well enough, because I found myself “relearning” that lesson a few months back while mediating a professional liability case.

It was only the second time this situation occurred in my years of experience working on professional liability cases, but still very worthy of discussion. With a little planning, perhaps you can learn from me and avoid this sort of situation.

The case of the procrastinating practitioner

The injured client then hired my firm. It immediately became apparent that the malpracticing attorney had no professional liability (errors & omissions) insurance, and was using that lack of coverage to limit what he would pay as damages. He was acting pro se (as his own lawyer), which further complicated the situation. Remember the old proverb, “[H]e who is his own lawyer has a fool for a client?” 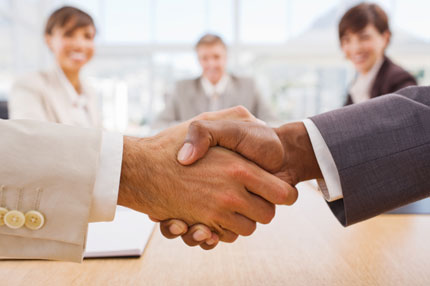 After multiple unreturned contact attempts and broken settlement promises, we had no choice but to sue the attorney. The court ordered mediation, and after a rather intense series of sessions, the parties agreed to resolve the case. The mediator (wisely) required that the settlement be outlined in a “Settlement Agreement as a Result of Mediation” and signed before we left the final mediation session. The defendant lawyer agreed to make payments over time and enter into a Consent Judgment in the event of default. We agreed that the final settlement documents and the Consent Judgment would be prepared and signed later. That’s where things went south.

We prepared a straightforward Consent Judgment for the defendant lawyer to sign. He refused, claiming that the “Settlement Agreement as a Result of Mediation” document already signed should have carried all terms. Even after a court status hearing, the situation wasn’t resolved for another 45 days, costing us valuable time and energy to finally resolve all terms. Eventually, with a threatened motion to enforce and the likelihood of paying attorneys’ fees, the defendant attorney capitulated and the terms were finalized.

If a settlement can be reached at mediation, the goal is to hammer out the deal at the table and agree to all material settlement terms. By that time, it’s usually very late in the day and everyone wants to go home for dinner. The defendants have agreed to payment of $X made over Y months with some sort of release, the specific terms to be finalized later. It’s left up to the attorneys to finalize the settlement agreement and any other necessary documents at some point in the future. Why wait? Settle the matter there, particularly if you are dealing with inexperienced opposing counsel or pro se representation.

Just like any business negotiation, it’s best to close the complete deal while still at the table. The parties are still negotiating, so there is a major psychological advantage to maintaining that compromise process until all terms are settled. If you wait, you’re potentially opening the door for emotion and memory to alter perception and create doubt on either side of the table, which may end up causing additional delays, negotiation, or court intervention.

As part of your mediation preparation, create and bring a draft Release and Settlement Agreement (and Note or Consent Judgment if you’re dealing with a party making payments over time) that includes provisions such as:

Rodney Max also provided a link to his online tool kit that includes a variety of sample agreements.

“Details matter, it’s worth waiting to get it right.”

I agree with Steve Jobs on this point, and have altered the way we approach successful mediation wrap-up. Don’t just settle for the moment. Dinner can wait, and you’ll potentially save a lot of future time, hassle, and money by taking the extra time now to work through all settlement details. If you can’t get the final signatures, at least agree as to as many terms in writing as possible, with a provision included to efficiently resolve potential future disputes.

Thanks to Randy Mayer Esq. for his insight on the value of MOUs, and to Rodney Max, Esq. for sharing his mediation suggestions and resources.